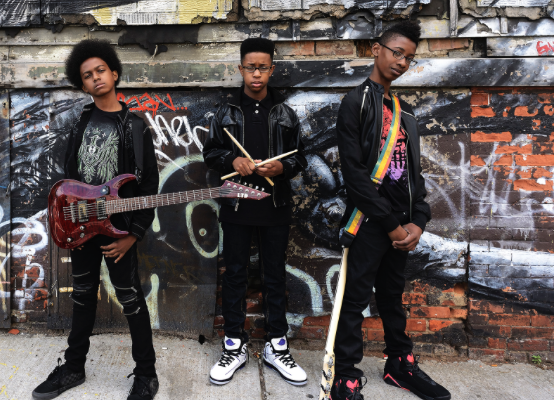 A wise man once said, “Give up, just quit, because in this life, you can’t win. Yeah, you can try, but in the end you’re just gonna lose, big time, because the world is run by the Man. He’s everywhere. In the White House…down the hall…Ms. Mullins…she’s the Man. And the Man ruined the ozone, he’s burning down the Amazon, and he kidnapped Shamu and put her in a chlorine tank! And there used to be a way to stick it to the Man. It was called rock ‘n roll, but guess what, oh no, the Man ruined that, too, with a little thing called MTV! So don’t waste your time trying to make anything cool or pure or awesome ’cause the Man is just gonna call you a fat washed up loser and crush your soul. So do yourselves a favor an GIVE UP!” – Dewey Finn – Jack Black from The School of Rock.

Because my readers come here for unfiltered mayhem, interesting action-packed tales of historical awesomeness, and downright silly pop-culture references–I’m going to continue the onslaught as I introduce two heavy metal bands who embody the “Sticking it to the Man” mantra. You could say I’m the Heavy Metal of the blogging world. There’s a time and place for everything. A lot of editors don’t want to see stories with historical figures like Leonardo Da Vinci being shamed for thinking an idea rather than inventing the goddamn parachute, similar to how Grandma doesn’t want to listen to heavy guitar riffs while sippin’ on some Lemonade by the pool.

I’m your casual metalhead. When people ask me what music I like I say either 1) Everything or 2) Good. When I come across musicians who have an interesting story to tell I’m all ears. Whether it’s Ed Sheeran coming from a small town by the beach in England and how he hates the public spotlight–Lee Brice singing the song “I Drive Your Truck” about a narrator who drives his brother Jared Monti’s truck after he was killed in action posthumously earning him the Medal of Honor–or a Heavy Metal Band from Iraq right in the middle of the surge of Baghdad circa 2003-06 where long hair, loud satanic music, and obscure clothing could get one shot in the streets.

Heavy Metal in Baghdad is a rockumentary telling the story of the heavy metal scene in Iraq where dictator Sadaam Hussein was recently ousted from power during the surge. Vice journalists Eddie Moretti and Suroosh Alvi hopped on a plane to the most dangerous city on Earth at the time and followed the band Acrassicauda (black scorpion), the only heavy metal band in Iraq.

As they wore flak jackets traveling in a convoy sandwiched between vehicles of security guards carrying AK-47’s, Moretti and Alvi learned and experienced first-hand the struggles of the average Iraqi civilian trying to live during the height of the war. One of the band mates stated that he lived just 10 minutes from his friend but didn’t see him for 6 long months because walking in the streets was too dangerous.

Heavy Metal in Baghdad and particularly the members of Acrassicauda are the essence of “Sticking it to the Man” because they went against the grain at the highest levels of extreme. They didn’t care that if they didn’t shave their beards, wore Metallica T-shirts, and played metal music would get them shot or killed. They performed in secret with the constant risk of being bombed, even after there previous location was hit by a missle. If there is anybody who can be described as a walking middle finger, it’s the band Acrassicauda.

The film is one of the best I’ve seen that documents the perspective of the civilian. We’ve all seen propaganda clips from terrorists on the news–montages of tanks, fighter jets, and soldiers creating destruction on the battlefield, yet we rarely ever see the day-to-day lives of those caught in the middle. Heavy Metal in Baghdad is surreal. It’ll shape your perspective, probably make you cry, and make you feel horrible about yourself for complaining about the most minuscule of things. It shows the true horrors of war, an insight into what it’s like to constantly look over your shoulder all the time, yet highlights incidents when humans are at their lowest, somewhere there are moments of reflection and bits of hope.

Three black teens from Brooklyn, New York, sporting Afros and Flat Tops, Jordan high-tops and Chuck Taylor Converses, and all black skinny jeans while holding guitars and drum sticks–a sight that brings a shyly grin to my face. How awesome are these dudes? Spoiler Alert: Kicking-Stereotypes-In-The-Face-Awesome.

I wish I could say how I discovered these guitar-wielding, drumstick dealing badasses, but I can’t remember. It was probably during a deep dark YouTube watching rabbit-hole. I was probably watching Orcas hunting a seal, then lions stalking a gazelle, then I stumbled upon a video so miraculous that my eyeballs jumped out of my head at what I first perceived as a novelty.

Only to soon discover a bunch of teens slaying the scene in Times Square. Imagine walking down the street with your girlfriend, picking up a slice of pizza and taking a sip of your water, then spitting it out projectile-style as you see three Brooklyn teens head-banging, jumping, and strumming rad guitar riffs. You look to your right to see your girlfriend gone. Stolen. You look forward and see people sprinting to leave dollars in their bucket, others turning their heads in disbelief, and your ex-girlfriend front and center in the mix of it all.

Look at the faces of the people behind the band as they walk by. It’s hysterical. There haven’t been that many double-takes in one video ever. Some from across the street stop and stare. “Is…am I seeing correctly”, one probably thought.

That performance is what I consider “Appointment Viewing”. For most street performers I look at the ground and pray they don’t talk to me as I walk past. If I saw Unlocking the Truth performing, I would stop what I was doing and immediately watch them instead. Sony recently gave them $1.8 million to go on tour. They will be headlining for Metallica. They are “Sticking it to the Man” in every capacity, and for that, I salute them.

The Man Speech from The School of Rock